Being on the ketogenic diet for a little while now, bread has definitely been something I miss.  I was never a big carb person, and bread was always something I could take or leave, but I never realized how convenient bread made things.  I’ve had to get creative these past couple of months when trying to sop up the last of my runny egg, or eat a cheeseburger at a barbeque.  This past Labor Day, my parents got the most amazing specialty burger patties from the smokehouse upstate, so I decided that I wanted to enjoy a cheeseburger like a regular person, and so I committed to finding a recipe for keto bread that didn’t, frankly, suck. 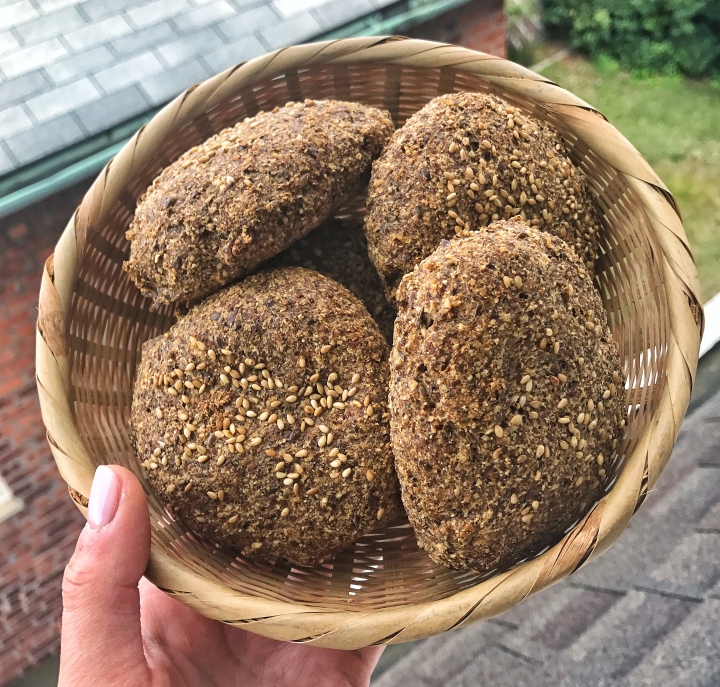 I did some research online, and found a recipe for keto bread/buns that looked really promising.  The first time I made the buns I followed the recipe exactly (because I really wanted them to work), but the second time around I experimented with different seasonings and methods.  The original website, which you can find here, was really helpful and thorough, with great tips and tricks to make sure your keto rolls come out perfectly!  You check out the website for a couple of different variations on how to prepare this recipe, but if you want to see what worked best for me and how I modified the recipe, keep reading!

The original website mentions this, and I will too – It helps to be the most accurate for this recipe, so try to measure in weight, rather than volume.  Also, the original website states that it makes 10 buns, but I easily made 12 out of the dough.  As such, the nutrition facts that I’ll mention later is reflective of a yield of 12.

With that said, let’s get started! 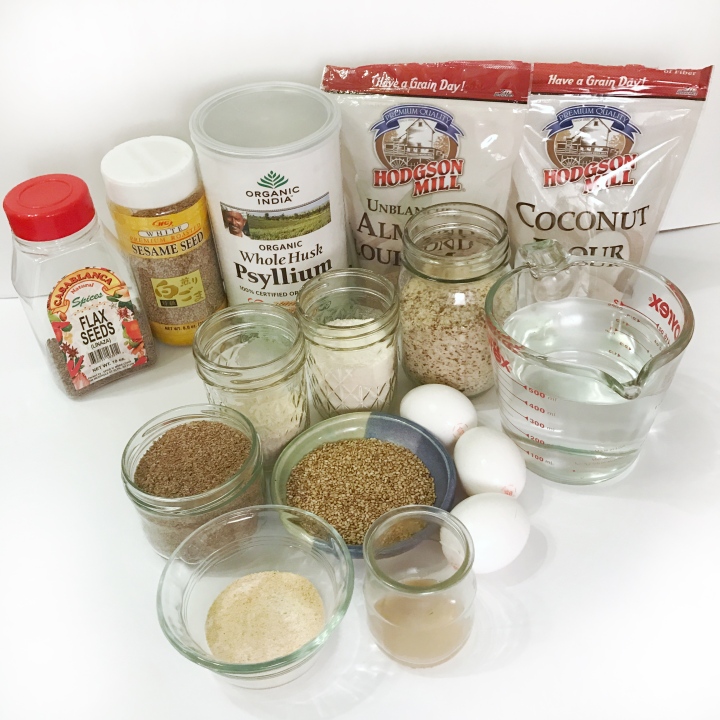 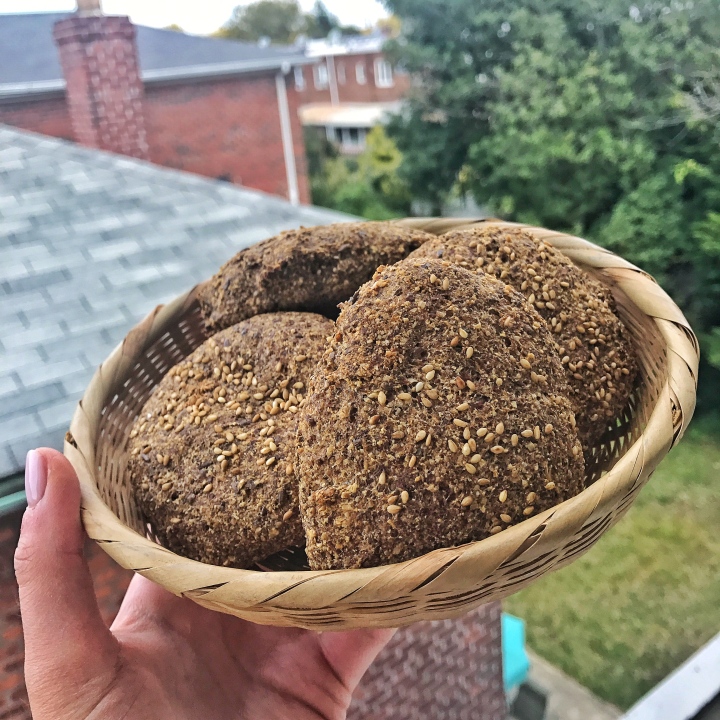 Macros per bun (yield 12) is as follows: 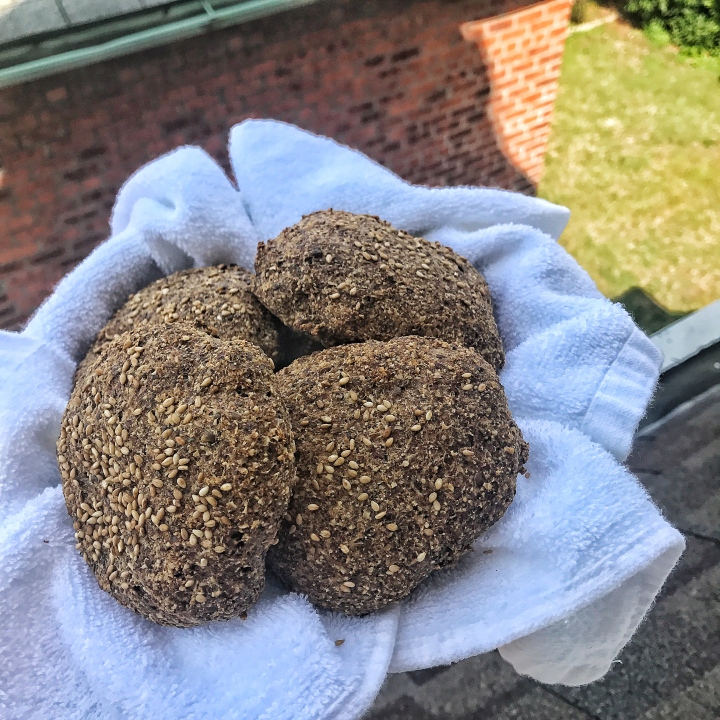 When you beat the eggs fluffy and are careful not to overmix, the buns come out light and fluffy, almost like english muffins.  They are perfect for catching the yummy yolk from your runny egg, making a sandwich, dipping into your red sauce, or just having with some butter or cream cheese!  One night this week I toasted up the bun in my oven with some parmesan cheese on it, spread some vodka sauce on top, and then topped with more parmesan cheese.  I paired this with some almond meal crusted chicken and cauliflower.  On another day, I took the roll to work and dipped it into olive oil and balsamic vinegar, seasoned with some salt and pepper.

The ketogenic diet doesn’t mean kissing your favorite foods goodbye!  I have learned that there’s a keto-friendly substitute for just about any food you love, and I’m excited to see the creative ways you use these rolls in your meal prepping!  Remember to comment/message me with any questions, and tag @liftinluxe #liftinluxe in your posts!

Stay fit and fluffy, all! 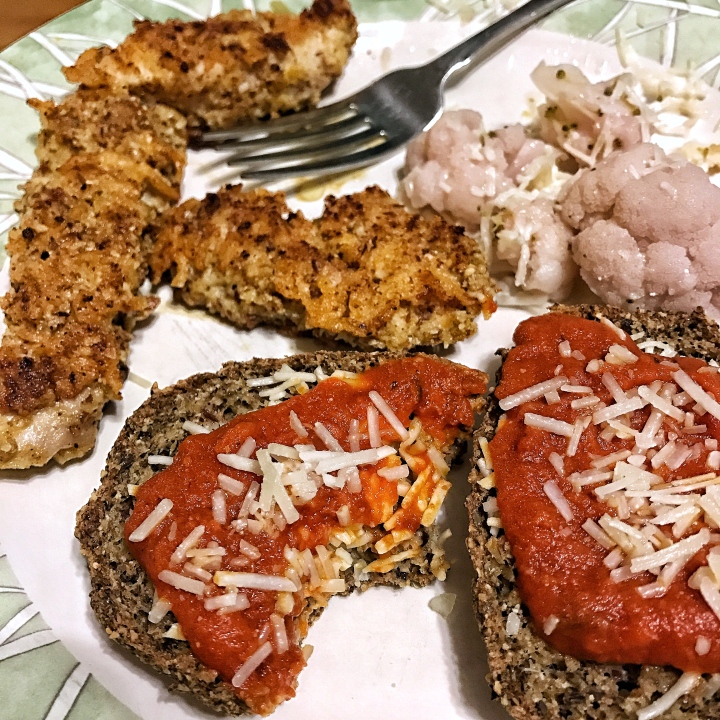 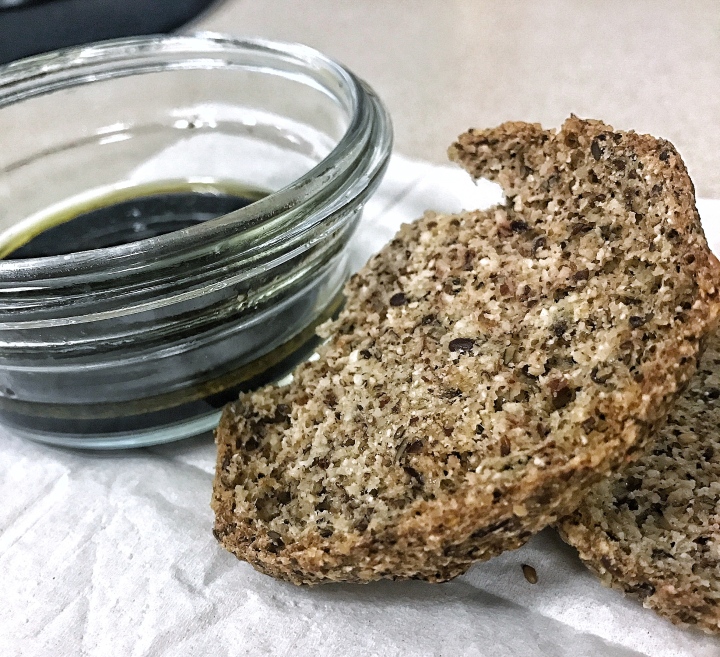 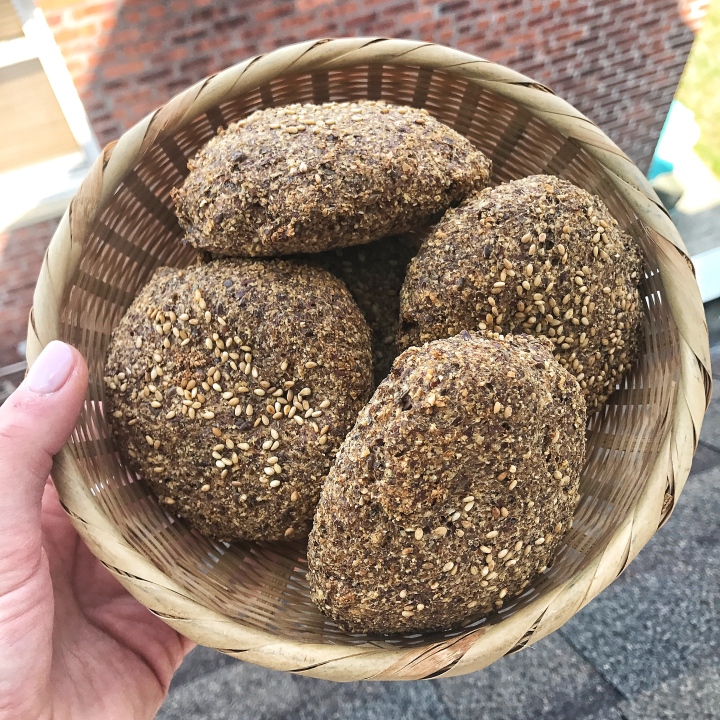 Hi! I’m Madeline,  a  Certified Strength and Conditioning Specialist based on NYC.  I’m a born-and-raised Brooklyn   girl    with    an     insatiable passion  for  fitness and bringing the benefit of a healthy lifestyle to all of you! My background is in strength and conditioning, with a focus on proper nutrition to help guide your progress.  There’s so much more to fitness than brutal, boring, and painful workouts, and there’s so much more to nutrition and heathy eating than plain lean protein and vegetables!  Your health goals ARE within reach, and I am so excited to help you achieve them! 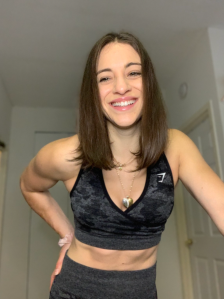