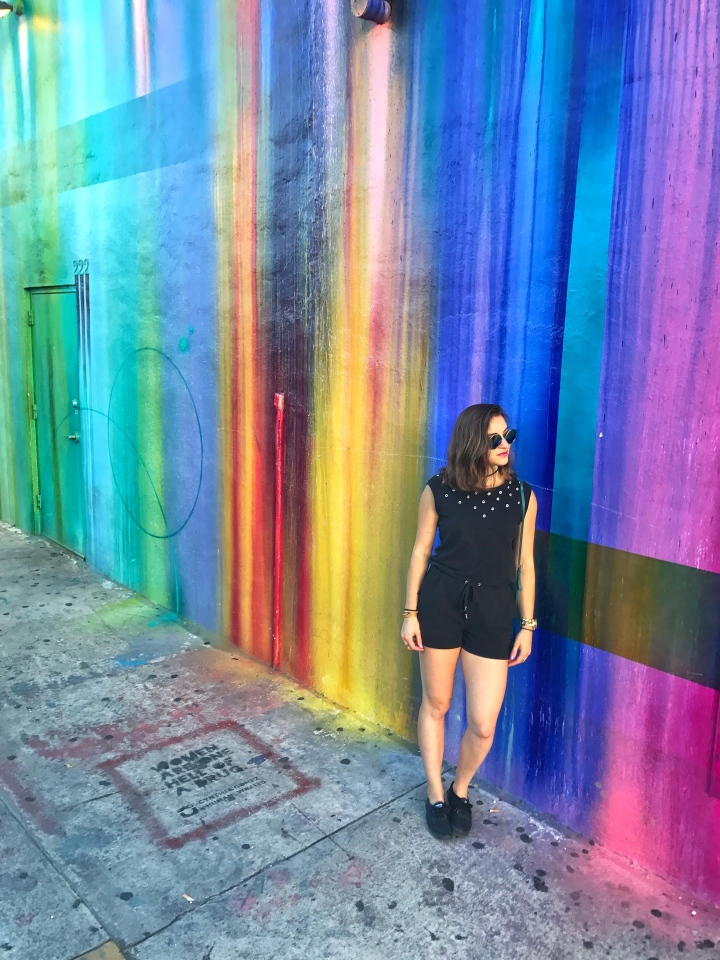 A couple of weekends ago I visited the amazing city of Miami for the first time.  I have a friend from college who lives down there, and a couple of friends from home who visit every year, and this year I finally was able to make the trip!  I knew it would be a weekend heavier in drinking and lighter on sleep than I am used to, and it would also be a weekend off from the gym.  I decided to NOT panic at the thought of such a dramatic lifestyle change for an entire weekend, but to embrace it and enjoy myself.  As a compromise with myself, I committed to remaining keto while on my trip, which meant:

As the other half of my compromise with myself, I committed to going with the flow, not worrying about what time I was going to sleep, not tracking my macros in my app, and generally trying to have the most fun!  I have to say, this little internal compromise was the absolute perfect balance, and really made my weekend in Miami very enjoyable.  I’m not a big drinker in general, so whatever drinking I wound up doing on my trip wasn’t enough to really throw me off track.  Not tracking my macros for the weekend was refreshing, my phone didn’t die nearly as fast as it usually does, and I just made sure to stay aware of the protein/carb/fat ratios in the things I was eating in order to stay in line with keto (and the fact that I’m a seasoned macro counter really helped with this, so don’t get too frustrated if you can’t eyeball things if you’re new to the world of macros.  It comes with time and practice!)  Lastly, one thing that we completely avoided, which also helped a lot, was getting food after our nights out.  I find that it’s the late night munchies that really throw me off the next day after being out.

All of that said, let’s get into where I went and what I ate during my weekend in Miami!

My flight landed around dinnertime, so I only had one meal in Miami this day.  We went to The Spillover in Coconut Grove, which is a yummy restaurant that specializes in ciders and meads.  As much as I wanted to try one of their unique meads and ciders, I settled on a glass of white wine, but stuck to something dry because there are much fewer carbs in a dry wine than a sweet dessert wine.  My friends and I shared as an appetizer the Alligator Ribs special, which came with fries and coleslaw.  I skipped the fries, had a few tastes of the alligator (which was awesome, as a side note), and had some of the slaw.  It was perfectly satisfying as an appetizer, as long as you can ignore the tempting smell of the fries

As my main, I ordered the Yeyo Salad, which had the following menu description: Chopped romaine lettuce tossed with free-range grilled chicken, croutons, chopped bacon, shredded jack cheese, cracked black pepper and creamy garlic dressing.  I swapped the garlic dressing for Caesar dressing (on the side) after asking the waitress what the ingredients of the dressings were.  I also forgot to ask for no croutons so I had to pick them out when the salad came.  Asides from that, the salad was very keto friendly right off the menu, and was filling and delicious.

Friday was a late night, and Saturday was a late morning, so for our first meal of the day we wound up getting brunch at 1 PM at Eating House in Coral Gables.  It wasn’t a boozy brunch for me at all, but I did have some coffee with cream.  The table ordered tater tots, maple candied bacon, and cap’n crunch pancakes to share, and I sadly couldn’t participate.  I did have a piece of the bacon, and am honestly not sure how much sugar was actually on it, but it was delicious.  As my main, I got the Carbonara Eggs Benedict, and the menu description was: soft eggs, bacon, black truffle, grana padano, toast.  Before going to the restaurant, I looked up the yelp page to see what I was working with (something I always do prior to visiting a restaurant) and I noticed that there was something that looked like breadcrumbs in the photos of this Benedict dish.  When I ordered, I asked the waitress about what they sprinkle on top and she confirmed that they do add breadcrumbs, so I ordered the dish sans-breadcrumbs, and sans-toast.  The waitress was unsure of my decision, but I went through with it anyway, curious to see what low carb eggs benedict would be like.  It was covered generously in a creamy grana padano sauce, so it was definitely filling enough without the toast, and it was served in a deep dish so it was easy to eat without the toast as well.  Overall, it was a great decision to have something savory for brunch (as opposed to the pancakes or waffles I probably would have ordered instead), because the healthy fats and minimal sugar kept my head clear, and didn’t make me sleepy all afternoon.  Also, not having the toast was a great decision because I didn’t feel overly full and bloated afterwards. 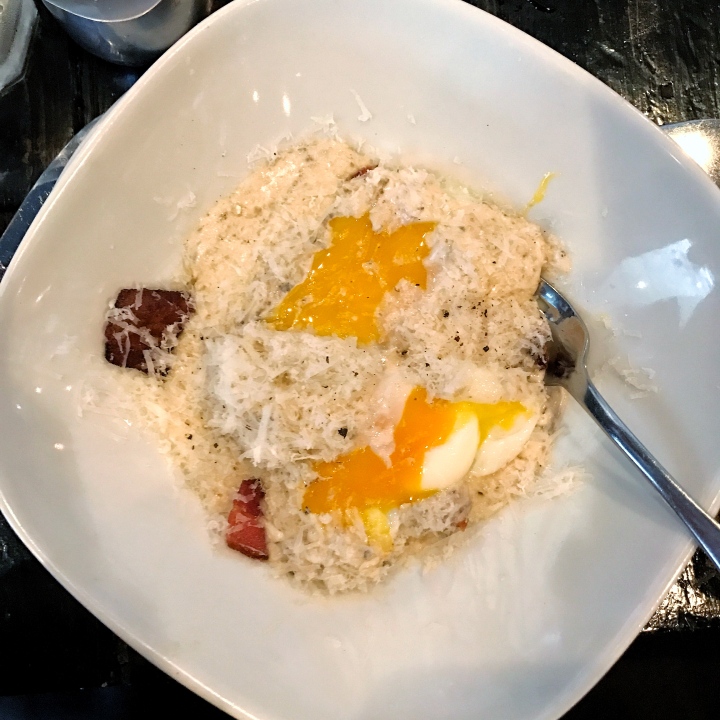 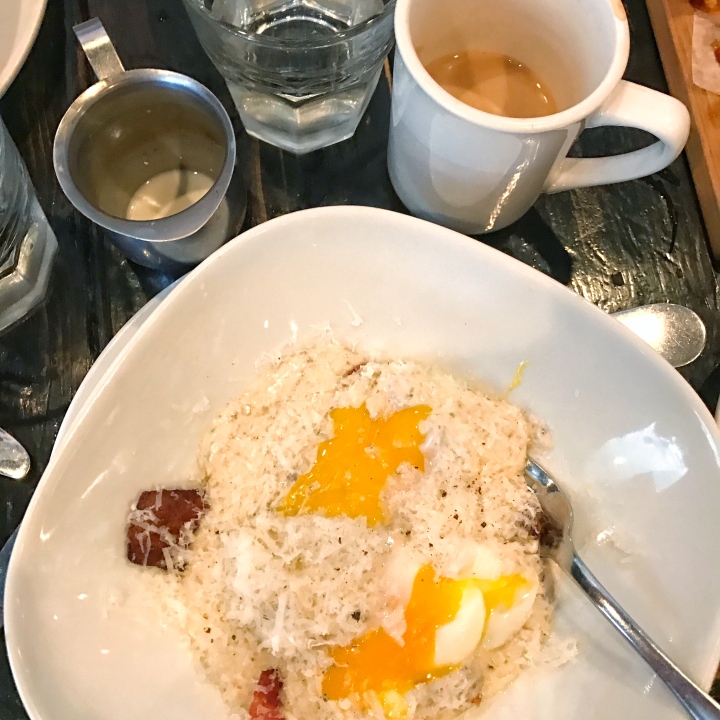 We took a ride into Wynwood later in the afternoon, walked around town, and saw the Wynwood Walls.  For a late dinner, we went to the Wynwood Diner.  I ordered a Diet Coke with my meal because I wanted something a little sweet and bubbly, and as my main I got the Cobb Salad: iceberg, avocado, tomato, egg, grilled chicken, bacon, gorgonzola, served with a red wine vinaigrette.  I opted for regular vinegar instead of the vinaigrette, but asides from that I didn’t modify this dish.  Unfortunately the restaurant was very dimly lit so I didn’t photograph this one, but the portion was massive and all of the ingredients were fresh and delicious, so I enjoyed this meal a lot!

We didn’t have much time to do anything except for breakfast on Sunday before our flight, but we still had an amazing breakfast at Havana Harry’s in Coral Gables.  The portions at this Cuban restaurant are immense and the food was really good.  I got the spinach and goat cheese omelet with a side of tomatoes instead of potatoes.  They were generous with the goat cheese to say the least, and this was the perfect meal to end the weekend.

Eating keto while away was all around the best decision.  It made me eat less overall (i.e. no toast at brunch, and not participating when everyone is sharing something like fries and pancakes), which obviously led to less calorie consumption but also made me feel better in general.  It also caused me to choose more healthy meal options, because there are only so many options to choose from that can be modified into a no carb meal.  When it comes down to it, some dishes just won’t work, no matter how much you try to modify!  For example, you can’t modify a waffle or dish of pancakes to be keto friendly, but you can modify an egg dish to suit your needs.  In choosing the eggs, you might be eating the same number of calories, but you’re eliminating the sugar and adding healthy fats.  I find that the menu options that can be modified into keto friendly meals are generally the more healthy options to begin with.  And, when all else fails, SALAD!  You can literally build any salad you want at virtually any restaurant, and this will always be a savior for anyone counting their macros.

What are your go-to meals when eating out at restaurants, and what are some of your vacation hacks for staying on track? Let me know in the comments! 🙂

Stay fit and fresh, all! 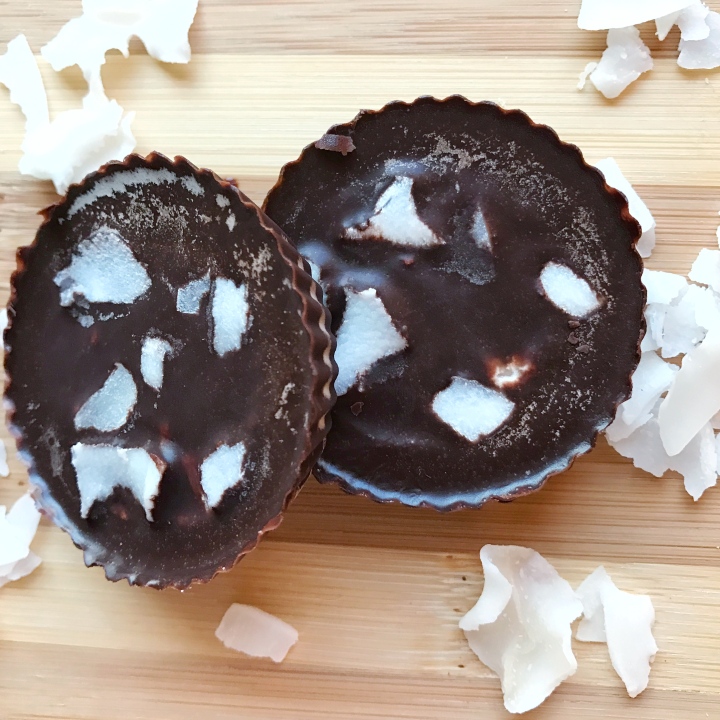 Now that I am full force keto and have been practicing this diet for a month officially, I have a pretty good idea of the highs and lows of the diet, and the areas I have struggled with along the way.  It’s been quite a journey, and I think my body is finally fully adjusted to the lifestyle change.

I have always considered myself a “clean” eater, but I’m also a big proponent of balance in all aspects of life, especially in diet and nutrition.  Attempting keto was the first time that I actually tried to limit the things I am allowed to eat in a very strict way.  Prior to keto, I would indulge in occasional sweets, ice cream, and baked goods (I love cookies, and I also love to bake!)  I will be honest, the longer I stayed away from sweet things, the less I craved them, and I found that when I would have a sweet sugar-free indulgence, it would set off a world of other cravings.  After looking into this a bit more, I learned that anything sweet, whether it has actual carbs or not, sets off the same pleasure centers in the brain.  Therefore, even if you are eating something that is sweetened with stevia instead of cane sugar, you will remain in ketosis (if done in moderation) and there won’t be much of an effect on your glycemic index, but you certainly won’t kick your sugar cravings.  So, I’m prefacing this post with an emphasis on moderation! (What else is new, amirite?)  If you are keto like myself and are truly trying to kick your sweets addiction, it probably isn’t the best idea to pound keto cups sweetened with stevia, or even have them too readily available if it’s towards the beginning of your journey and your will power isn’t yet fine-tuned (speaking from experience). 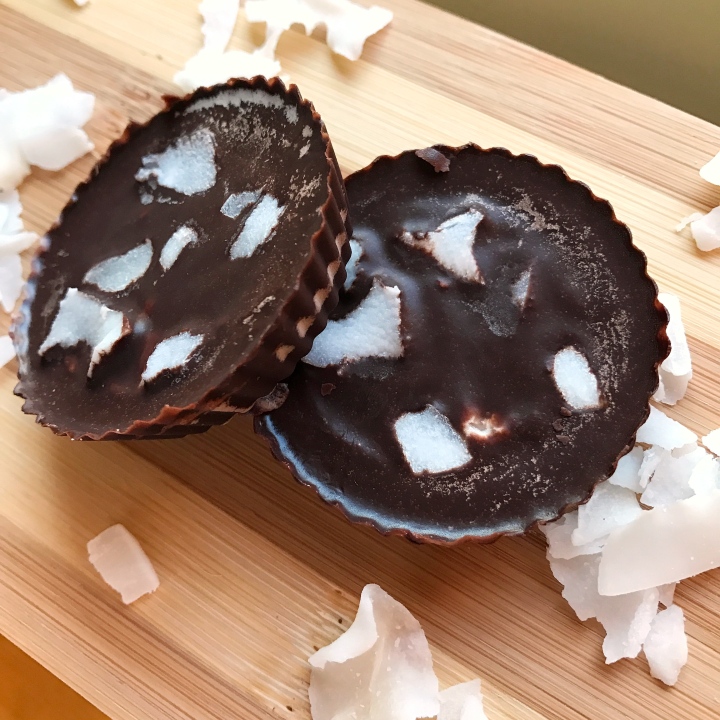 That being said, I do think it would be infeasible for me personally to give up sweets indefinitely.  In fact, to commit to such a thing would probably cause me to subconsciously put a limit on how long I even want to remain on the keto diet for.  I have thus far found it pretty difficult to find low carb or sugar free versions of regular sweets (i.e. chocolate bars and baked goods) without them being explicitly marketed as a keto product.  I’ve stumbled across a few interesting keto brands that I have yet to try, but they are certainly on my list!  I decided that since I couldn’t find a convenient product at my regular grocery store, or regularly available online, I would start to experiment at making my own.

I’ll be honest, I’ve tried and failed a number of times already at creating a tasty treat worthy of sharing with you guys, but I think I really nailed this one.  I made coconut butter keto cups, inspired by the Eating Evolved Keto Cups (which I love, but are unfortunately often out of stock).  I did use stevia to sweeten up the chocolate in these cups, and I added some vanilla and cinnamon to the coconut butter for an extra punch of flavor.  These were so easy to make and came out so yummy that I would prefer to just make them myself, since it’s not only cheaper to do so, but you can also customize them however you like!  I’m thinking for my next round I’ll try to incorporate MCT oil, I’ll use more coconut butter (to even out the chocolate to coconut ratio), and I’ll add nuts and spices!  Stay tuned for updates, but for now here’s the original recipe:

I would love to experiment with different toppings and fillings for this recipe, as well as different ways to season the chocolate mixture.  Mexican spicy chocolate with raspberry flavored filling, anyone?

I’m super excited for the possibilities, and to hear your ideas as well!  Leave me a comment or message on Instagram @LiftinLuxe #LiftinLuxe with your thoughts, I’d love to hear from you!

Stay fit and flavorful, all! 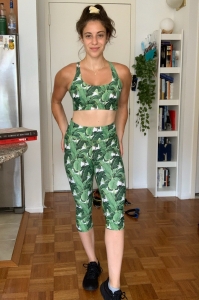